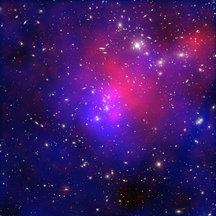 I am making a joke, of course.  Well mostly, I do think I’ve found some interesting and exciting correlations.

When I see these hints already existing in today’s scientific research, I feel hopeful, that it won’t be such a huge change in direction to have these ideas taken seriously.

From what I find, when dealing with Dark Matter, you run into a few culprits.  There are more out there but these are the ones that seem to come up the most – WIMPs and Axions.

So what is Dark Matter?

“Dark matter is an unidentified type of matter distinct from dark energy, baryonic matter (ordinary matter), and neutrinos whose existence would explain a number of otherwise puzzling astronomical observations.  The name refers to the fact that it does not emit or interact with electromagnetic radiation, such as light, and is thus invisible to the entire electromagnetic spectrum. -Wiki”

This topic shows just how much of the Universe science still cannot explain.

So why is Dark Matter so important?

Understanding what Dark Matter is and what it does, will help us in increasing our understanding of how the Universe works.  If we cannot explain where or how 90% of the matter works, then how can we move forward?

Here is a nice quote I found online.

“This is a model of structure formation in which dark matter, which is the dominant matter component in the universe, is in the driving seat. It’s the scaffolding in which all the first galaxies form, the first stars form, and so on. While we have this exquisite inventory and role for dark matter, we do not know what it is, what it’s composed of, what kind of particle it is, when it was created in the universe, and so on and so forth. -Priyamvada Natarajan”

When researching Dark Matter, you will run into Dark Energy as well.  I am not going to touch Dark Energy, as I think it is only needed when referencing the expanding Universe.  Which I am not a big fan of.  Not that it doesn’t expand at all, but that this is a living, breathing Universe, that inhales and exhales.  Living, dying cycles just like everything else.
———————–
Ok!  So, what is an Axion and a WIMP?


“Weakly interacting massive particles (WIMPs) are hypothetical particles that are thought to constitute dark matter. There exists no clear definition of a WIMP, but broadly a WIMP is a new elementary particle which interacts via gravity and any other force (or forces), potentially not part of the standard model itself, which is as weak as or weaker than the weak nuclear force, but also non-vanishing in its strength.”

“Because of their lack of electromagnetic interaction with normal matter, WIMPs would be dark and invisible through normal electromagnetic observations. Because of their large mass, they would be relatively slow moving and therefore “cold”. Their relatively low velocities would be insufficient to overcome the mutual gravitational attraction, and as a result WIMPs would tend to clump together. WIMPs are considered one of the main candidates for cold dark matter, the others being massive compact halo objects (MACHOs) and axions.”


“The axion is a hypothetical elementary particle postulated by the Peccei–Quinn theory in 1977 to resolve the strong CP problem in quantum chromodynamics. If axions exist and have low mass within a specific range, they are of interest as a possible component of cold dark matter.”

“Because of their properties, axions would interact only minimally with ordinary matter. Axions would change to and from photons in magnetic fields.”

“If axions have low mass, thus preventing other decay modes (since there’s no lighter particles to decay into), theories predict that the universe would be filled with a very cold Bose–Einstein condensate of primordial axions. Hence, axions could plausibly explain the dark matter problem of physical cosmology.”

On a side note…what is a Bose-Einstein Condensate?  I see this come up a lot.

“A Bose–Einstein condensate (BEC) is a state of matter of a dilute gas of bosons cooled to temperatures very close to absolute zero” It is a state very similar to a Superfluid.  It can get complicated, so that’s how I would quickly describe it.

“Superfluid – Close to absolute zero, some liquids form a second liquid state described as superfluid because it has zero viscosity (or infinite fluidity; i.e., flowing without friction). This was discovered in 1937 for helium.”


—————————
After these descriptions, remember that these are still hypothetical, and have yet to really be measured or proven.

They also don’t sound that different to me.  Subtle differences maybe but same overall concepts.

I will dive into my theory using these descriptions to help understand how it can be tied together.  The describable actions and properties are what’s important to me.  That’s what we can focus on, regardless of the label or name put to it.  They also call them particles, they love to do that.  But really the descriptions and actions show that they are wave-like.

For example…(you may need to read through it a few times, I had to!)

Let’s break it down.
Dark Matter field is scalar.  Scalar, to me, means longitudinal, pressure, or compression wave.
Dark Matter is a Bose-Einstein condensate.  Which means friction-less and cold, like a super-fluid.
Galactic Halo is involved.  It is filled with plasma and Dark Matter.
Mostly spherical in shape. 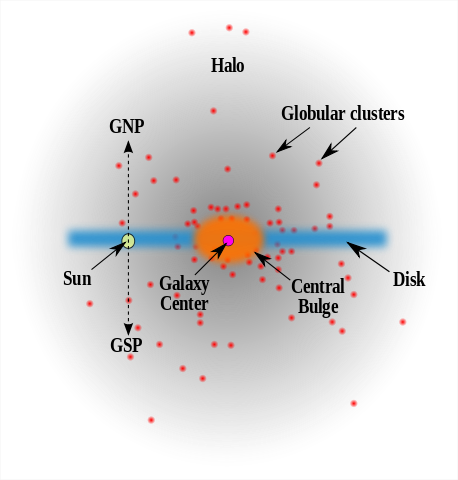 Superfluids seem to mostly involve Inert/Noble gases, like Helium.
So the background of space is made up of cold, slow moving, superfluid type “things”?
This background doesn’t emit or interact with electromagnetic radiation, such as light.
Thus invisible to the entire electromagnetic spectrum.

Take a look at this article, which talks about Inert/Noble gases being the background of space, along with plasma.  Being open to chemical elements existing below Hydrogen that were hypothesized by scientists like, Walter Russell, Nikola Tesla, and even Mendeleev.  Showing how these elements, or background gases, interact or do not interact with the Electra-Magnetic spectrum.  All of this matches up and brings it together.

So, maybe it doesn’t have to be so difficult?  If we just open our minds to the possibility that our current understanding of things needs to be re-evaluated.  Less scientific dogma and more exploration.  It seems like a nice place to start to me.

Oh and don’t forget the neutrinos… 😉  More to come on them.