Photons – some musings and confusion. What am I missing? 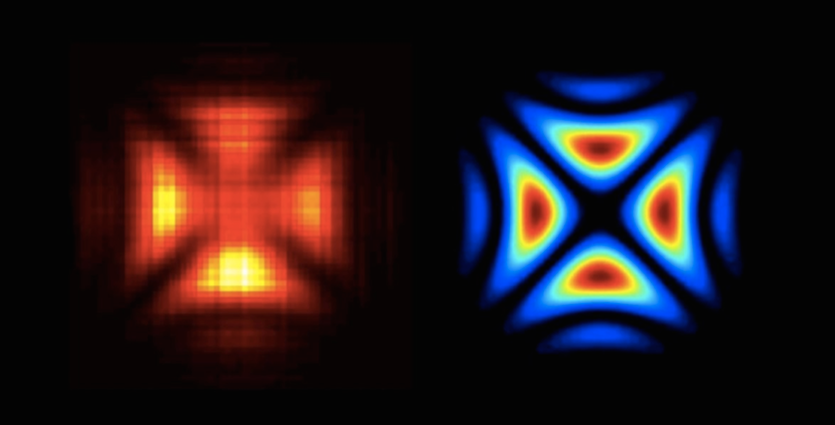 Hi everyone!  It has been a little while.  Lots of stuff going on…

But lately I’ve had electrons, photons, and neutrinos on my mind.  How spherical wave interference, transverse waves, longitudinal waves, etc… can explain some of the stuff we are seeing today and how DAMN confusing today’s “science” can be.  I think they even confuse themselves with their terminology.

So in this “light” (get it photons-light :D), I’d like to talk a bit about photons.  I won’t go crazy here but I want to use an article as an example of what I am finding and the click bait that is all around anything labeled “science” nowadays.

OK let us start with this article.  https://cosmosmagazine.com/physics/what-shape-is-a-photon

Take a gander and see the amazing news – they know what a photon’s shape is!!!  Yay…

This is first line near the title.
Then they start to paint the picture –
“Imagine a shaft of yellow sunlight beaming through a window. Quantum physics tells us that beam is made of zillions of tiny packets of light, called photons, streaming through the air. But what does an individual photon “look” like? Does it have a shape? Are these questions even meaningful?”

They state that Polish physicists have created the first ever hologram of a single light “particle”.  OK so we they were able to create a hologram of a SINGLE “PARTICLE”.  They say understanding the shape of a SINGLE “PHOTON” will help with other quantum applications.  Let’s remember these statements about single particles and photons.  We will come back to it.

Well how did they do it?  “We performed a relatively simple experiment to measure and view something incredibly difficult to observe: the shape of wave-fronts of a single photon.”

OK, light was thought to be made of electromagnetic transverse waves, the wave nature of light. Then they state:

“But things got a bit more complicated at the turn of the 20th century when German physicist Max Planck, then fellow countryman Albert Einstein, showed light was made up of tiny indivisible packets called photons.  In the 1920s, Austrian physicist Erwin Schrödinger elaborated on these ideas with his equation for the quantum wave function to describe what a wave looks like, which has proved incredibly powerful in predicting the results of experiments with photons. But, despite the success of Schrödinger’s theory, physicists still debate what the wave function really means.”

OK here is where I get confused at their confusion.  Let’s dive into how a photon is normally described and touch on Schrodinger’s equation.

A quick (quick haha) visit to wiki, just for a few details, tells us this:

So it is referenced mainly as a particle.


“A particle is a minute fragment or quantity of matter.  In the physical sciences, a particle is a small localized object to which can be ascribed several physical or chemical properties such as volume or mass.”

It is a quantum of em.


“a quantum (plural: quanta) is the minimum amount of any physical entity involved in an interaction”

It carries a force?  What is a force?


“a force is any interaction that, when unopposed, will change the motion of an object.  In other words, a force can cause an object with mass to change its velocity (which includes to begin moving from a state of rest), i.e., to accelerate.”

Massless?  How can something that exists have no mass?
Unfortunately, this is needed to explain our current understanding of the photon but not in the way I would think it fits.  But anyways…

It exhibits both wave and particle properties.


“is the concept that every elementary particle or quantic entity may be partly described in terms not only of particles, but also of waves. It expresses the inability of the classical concepts “particle” or “wave” to fully describe the behavior of quantum-scale objects. As Albert Einstein wrote: “It seems as though we must use sometimes the one theory and sometimes the other, while at times we may use either. We are faced with a new kind of difficulty. We have two contradictory pictures of reality; separately neither of them fully explains the phenomena of light, but together they do.”

Schrodinger equation.  He formulated the WAVE equation.  Although this is used everywhere in quantum mechanics, he didn’t agree with the concept, and actually used the Cat thought experiment as a joke.  Unfortunately that was taken and used to describe him as one of the fathers of modern QM.

OK so now lets dive in a little deeper.  By definition a quantum or a particle is just a measurement or “quantity” of matter.  An object that can be ascribed with certain properties.

I am following with them so far.  But then we get to the massless and duality part.  hmm….

If a photon is described as a piece, measurement, or description of a larger thing… then why is this so strange or crazy?

Why does there need to be a duality and how can it be massless?

Well, think about it this way.  If light is an electromagnetic wave, “made” of photons, which are just small measured pieces of that wave, then it all makes sense?  But without all the confusion and UN-needed (in my opinion) details.

Why not just say “hey the photon is just a measurement of the wave from crest to crest”.  Well I found plenty of places where it is being referenced this way.

A quick google search gives us an article here from the University of Colorado.  http://www.colorado.edu/physics/EducationIssues/ModernPhysics/Lecture_Notes/CSMSP11_Lecture11_AtomicSpectra(asgiven).pdf 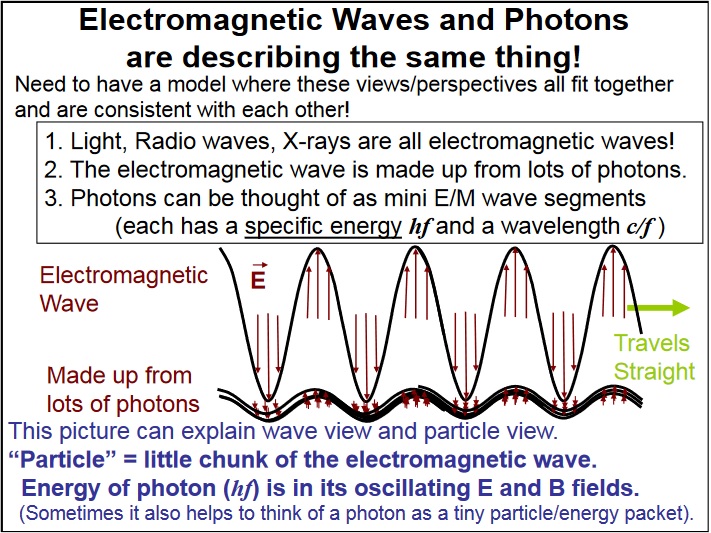 Here in their presentation they say just that.  :O   Fantastic!!

So now that we have familiarized ourselves with these concepts, let’s revisit the article.

Oh first we have to ramp up that excitement again…

OMG :O :O :O   IMPOSSIBLE!!!  This is groundbreaking and we should give them more funding and maybe a Nobel prize!!  😉

“Now physicists at the University of Warsaw measured, for the first time, the shape described by Schrödinger’s equation in a real experiment.”

FOR THE FIRST TIME!! 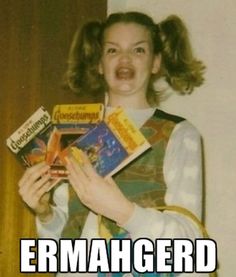 Their experiment “measured” the shape of Schrodinger’s WAVE equation, in a REAL experiment!!!  And what did they find??? 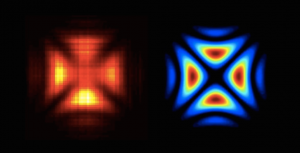 They fired 2 light beams (waves) and created wave interference (normal) and took a picture.  Got it.

What makes this fantastic in their view, is…


“The beamsplitter acts a bit like a traffic intersection, where each photon can either pass straight on through or make a turn. The Polish team’s experiment hinged on measuring which path each photon took, which depends on the shape of their wave functions.”

“It’s a little like firing two bullets to glance off one another mid-air and using the deflected trajectories to figure our shape of each projectile.”

So because they use this “particle” description it makes it a big deal, when the more simplified description, seems to be spot on without all the other stuff.

“The resulting image looks a bit like a Maltese cross, just like the wave function predicted from Schrödinger’s equation. In the arms of the cross, where the photons were in step, the image is bright – and where they weren’t, we see darkness.”

Just like the function predicted from the WAVE equation?  Oh brightness and darkness… just like WAVE interference explains.

The experiment brings us “a step closer to understanding what the wave function really is,”

?  Am I missing something here?  We don’t understand how the wave equation describes waves?  OR is it that we are trying to understand a wave function using a particle based approach?  And why, if a particle is just a piece of something bigger, is this such a problem?

I hope I was able to map some of this out.  There is much more depth to these concepts, but I wanted to approach it with the simplest view, which our current scientific climate seems to avoid.

Here are some more notes I have picked up while researching this topic.  A peek into how I like to break things down.  Please take my opinions with a grain of salt and follow what you feel makes sense.  I only hope to plant seeds to question and look deeper.

ok so light is an EM wave and light is made of photons… photons are the smallest measurement OF THE EM wave
so where does the particle come in to play?

EM radiation can be conceptualized as a stream of photons- so just a wave right?
since a stream of “pieces of a wave” is just a long wave

photons are also referenced to carry “photon energy” or “radiant energy”
carry?  As in potential or kinetic – so carry most likely just means is attributed to?

“Because electromagnetic (EM) radiation can be conceptualized as a stream of photons, radiant energy can be viewed as photon energy – the energy carried by these photons. Alternatively, EM radiation can be viewed as an electromagnetic wave, which carries energy in its oscillating electric and magnetic fields. These two views are completely equivalent and are reconciled to one another in quantum field theory”

—They sound exactly the same – so why the need for quantum field theory reconciliation?

“The energy of light is different than energies we are used to dealing with in our everyday world. This is because we can think of the energy of light as being packaged up into small pieces with a particular energy. These “pieces” are not really little pieces or particles it is just easy to think of them that way because of the way they interact with things such as electrons. The energy of these photons is proportional to the frequency of the light, and the proportionality constant is called Planck’s constant.”

“Wave–particle duality is the concept that every elementary particle or quantic entity may be partly described in terms not only of particles, but also of waves. It expresses the inability of the classical concepts “particle” or “wave” to fully describe the behavior of quantum-scale objects. As Albert Einstein wrote: “It seems as though we must use sometimes the one theory and sometimes the other, while at times we may use either. We are faced with a new kind of difficulty. We have two contradictory pictures of reality; separately neither of them fully explains the phenomena of light, but together they do”

Einstein explained this conundrum by postulating that the electrons can receive energy from electromagnetic field only in discrete portions (quanta that were called photons): an amount of energy E that was related to the frequency f of the light by E = hf

—ok so still see no particle here or duality.  Just describing a “piece” of the EM wave or a measurement of a piece of the wave.  Giving it a name.  Also key here is that Einstein didn’t buy into wave-particle duality

“This double nature of radiation (and of material corpuscles)…has been interpreted by quantum-mechanics in an ingenious and amazingly successful fashion. This interpretation…appears to me as only a temporary way out..” – Einstein